Kale, to start off your Kaley Week

Got the attention of you health fanatics? Fantastic! Let's have a... not a rant per say but just a bit of a blabber about this super leaf.

I'd never head about kale until I joined the health community so I didn't really know anything outside of spinach. It seemed like spinach but a bit curlier, so I kinda wondered why everyone was screaming EAT YOUR KALE! Why was no one eating spinach, that lovely, versatile veggie that pops up sandwiched between pastries and cheese, or hiding among the lettuce in salads?

Down at the markets today, I bought a bunch of kale because it's a bit of a treat for me. I don't normally go to the markets so I don't normally get kale. Anyway, I also got a proper juicer juice from the juicing place with kale in it (plus cucumber, green apples and lime) and it was suuuper amazingly yummy! Last time I got a juice with funny ingredients in it (namely spinach, celery, maybe kale AND rocket) and it tasted like dirt. It actually tasted like they hadn't washed the celery or something. But this juice was soo good! It was super super sweet, probably because it had two apples and like two little leaves of kale but I won't say anything... But this juice was so good that I did a bit of a photoshoot with it. Excuse the bad lighting and the mostly-drunken juice. And the randomness of doing a photoshoot with a green juice, a bunch of kale and the black border around some of the pictures. 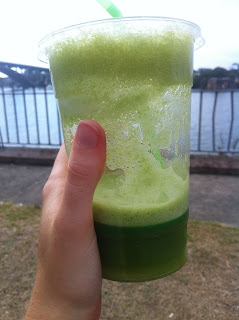 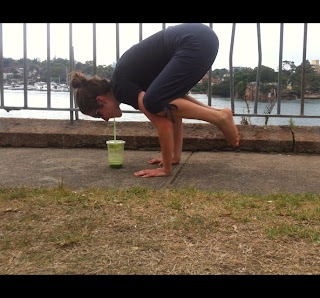 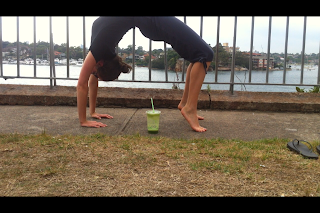 I looked up the differences and found a few varying results. Some people favoured spinach, some preferred kale, but the most conclusive sort of pieces of info I could find were these two sites:
- Sweetly Vegan talked about the oxalate contents of both of these plants, and oxalates are pretty important to me (I find that the back of my throat or tongue get sandpapery if I have too much oxalates, I'll blog about that another time) so I found this little blog article pretty interesting. I'll have to find proper numbers to back this up, but she says that spinach has an oxalic acid content of 0.97g, whereas kale only has 0.2g. That alone makes me prefer kale over spinach.

Of course, we needed a side-by-side analysis for both of these leaves so I miraculously found one right here. Just look at those massive numbers would you! Kale likes that '200% RDI' vibe I guess. I found it easier to scan that aisle than the proper hard numbers. But kale may not be the absolute almighty here. Sure, he's got more vitamin a, c, k, and whatever other vitamins there are, but keep scrolling. And would you have a look at those minerals. Look at that spinach go! He's got double the calcium, iron, magnesium and manganese of vitmany kale!

So I guess that it all depends on your preferences, availablity and preference over vitamins vs minerals for this pick. But for now I've got my kale and I'm a happy chappy :)

If you follow my blog throughout the week (ok, so if I post during the week), I'll put up some recipes with what I've done with my kale. Get ready to be kaled out! I've got a list of stuff I wanna do with it, and I'm already excited for breakfast tomorrow! I'll put up the recipe I had tonight, tomorrow. It's a bit of a change up to a traditional Irish dish, and it's just what I had in the fridge. Which, by the way, is sickly full of fruit at the moment. I want more veggies! Hmm... On second thoughts I'll put up two kale recipes tomorrow, that are kinda linked in a way. You'll see how.
Posted by Unknown