What do you do when you want beachy, summery flavours and a comforting wintery meal? You combine them of course! Last night it was a little colder than usual but I felt like a bit of chilli and coconut so I came up with a bit of a concoction: 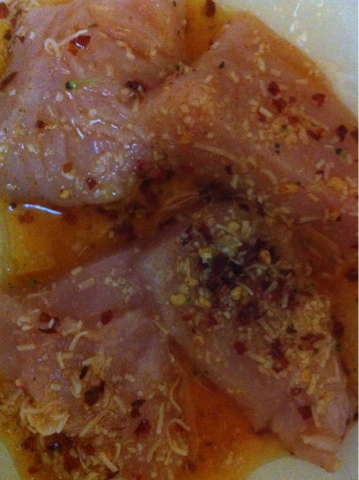 And mixed my chicken breast into it. If I wasn't being so lazy, I would've made more and mixed the veggies in it, but the coconut oil was in the fridge so I had to scrape it out instead of scooping it out. I need a small jar of it to keep in the cupboard for easier use. If you don't have coconut oil, feel free to use a light oil or some olive oil (my veggies got a dash of EVOO - extra virgin olive oil). It shouldn't make too much of a difference. 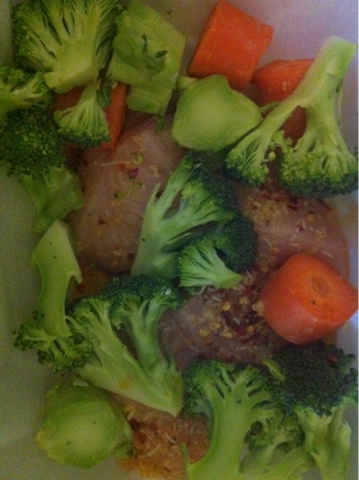 The only other mistake I'd like to point out is that I used far too much chilli flakes. It was the first time I used that packet and I thought I could've gotten a pinchful but decided to pour it in instead. Bad idea... Maybe the coconut would've been more easier to taste if I wasn't preoccupied with trying to calm the flames on my tongue with gulps of water. Oh well. This recipe will be tried again, and I'll probably use a third of the chillis I used here to get a more coconutty taste. 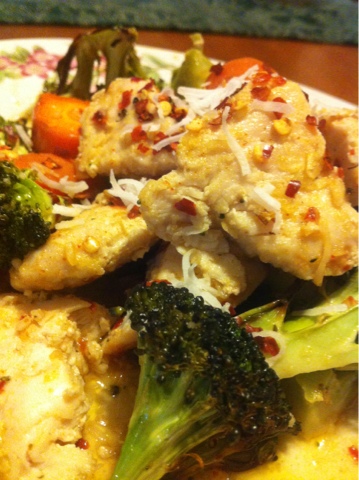 The meal I made was a serves one so I'll double the increments to make it a serves two. 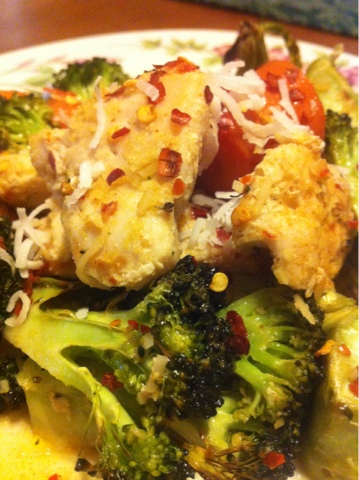 Melt the coconut oil if it's not already and mix with the chilli flakes, cayenne, coconut and thai seasoning.
Mix the coconut oil with the chicken and veggies and if you've got time, let it marinade for 30 minutes. I didn't think that far ahead...
Pop the mixture in a prelined baking dish, put the whole lot in a preheated oven at 180 degrees for 20 - 25 mins or until the chicken is cooked.
Serve with a sprinkle of chilli flakes and/or coconut.