Don't even ask why I haven't blogged.
School is such a nuisance, isn't it?
For my 'week' at dad's, I decided to make a big batch of stuff I can warm up in the oven during prelims time (less than two months! Eek!) so I made two pots of broth (fattiest and most gelatinous I've made yet), a few jars of applesauce and for lunch I had some lambs kidneys. If you don't count marrow and bones in any form as offal, this would have to be my favourite! Kinda because it's less bad than the others, so to speak. In my opinion, it looks like a squished sausage and tastes like farm. Just that essence of 'farm'. They mustn't have been too caged up then! My applesauce turned out a depressing faint orangy-pinkish-grey colour (it tasted fine) so I added a little boiled beetroot and that livened it right up. And my broth was mostly beef bones with two little lamby bones. And if I hold it upside down, it doesn't move! Loving my big batches of good food :) 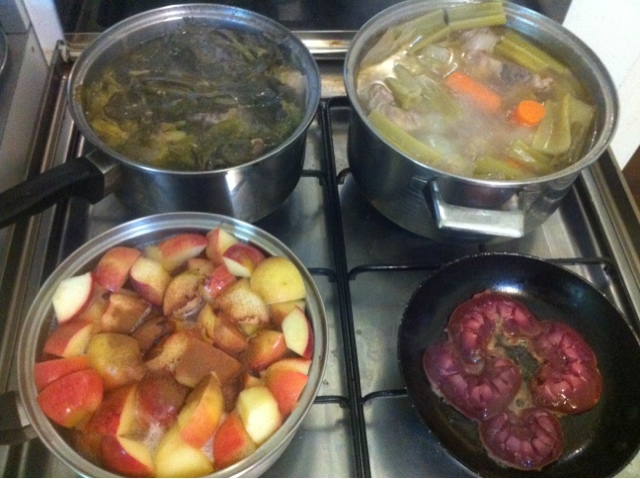 I have recipes I played with ages ago that I haven't put up yet, so I will get to doing that some day or another.
Also, as I think of it, being winter here in Australia, I'm going to be making so many slow cooked meals for the times when I have no time (ie prelims). Be prepared for some awesome slow-but-fast recipes coming soon :)
One more thing. Yesterday we were shopping and I just randomly thought out of the blue to convince dad to get me the anchovy-smelling cod liver oil capsules. So in a few days I'll be trying them out - swallowed, mixed into stuff, on my eczema - and I'll let you guys know about it. 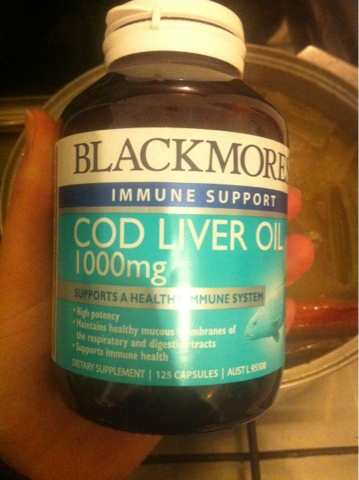