Pupil free days are like a breath of relief and give me time to do random stuff I'm too busy to do during the week. Since we haven't got any impending assessments coming up, I decided to spend a few hours in the kitchen making stuff - mostly just because I can. 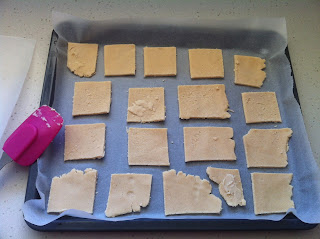 I started off with a batch of shortbread cookies to take down to half star, where s'mores aren't only a tradition, but a NECESSITY. So I needed a graham cracker to put my future chocolate (coconut oil and cocoa) and marshmallows on. I found a fantastic recipe over at Paleo Spirit and whizzed it up. Only problem was, she said it would be super crumbly, but mine was a pretty wetish dough. So I had to keep sprinkling coconut flour and arrowroot on until it became a little drier. It was still a dough when I sliced it up, but it did start crumbling a teeny bit when I tried to put it on the baking tray. And the batter tasted good. And you know what that means... 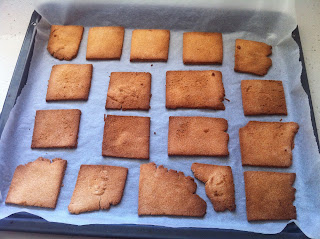 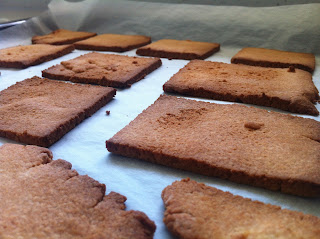 After cooling, they turned out FANTASTIC. Ok, so I burnt them a wee bit, but I always burn shortbread. But like I said, they were uber tasty and shortbready. Guess who's ready for some arrowroot cookies made with actual arrowroot??? 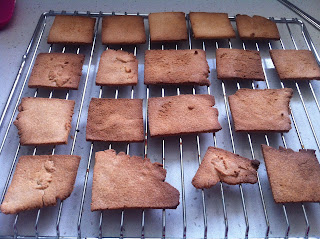 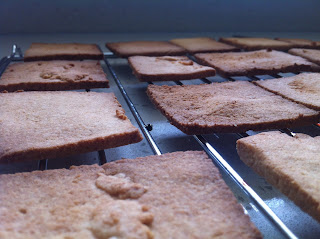 Then I transformed half-eggs into a half-jar of mayonnaise (this emulsion baffles me every time I make it). I'd bought some mustard powder so I wanted to try it out, because it's what people seem to be putting in their mayos. And I added three yolks and less oil because... why not? Yolks are probably better than oil, and I didn't want to use up all the olive oil (which probably would've happened if I was allowed to keep going). The mustard added a bit of a chilli kick. You'd take a lick of the stick blender and then wonder if your tongue is burning slightly from the mustard or the blade. But you'd continue licking it anyway.


And what should I do with the egg whites? I knew we had a small amount of caster sugar in the back of the cupboard so I thought to make mum and my brother some random desserty type thing. I simply beat the egg whites til stiff, then sprinkled and blitzed sugar in until it couldn't take it any more and started deflating. Then I scooped it into a zip lock bag, cut the end and piped little blobs on the baking tray and cooked them. It was only when I had a tiny bit left that I had an awesome idea of making a snowflake. They turned out brown anyway, so it would've been more like poo. The first batch sank, so I found with the second bunch that you have to scrape them off the baking paper as soon as they come out. I've learnt that for next time. 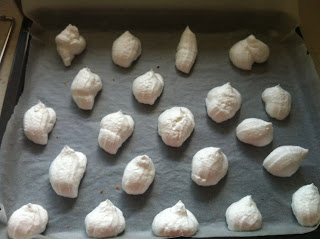 Also, this morning I experimented a bit as well. I made a bit of a pancake thing, since I was bored of eggs. I got a mug, an egg, some coconut flour and baking powder and topped it with water and mixed it up. The funny thing was that the thicker pancake batter - I had to scoop it out - turned out better than SAD pancake batter-consistency pancake batter. I had it with melted coconut butter, cinnamon and bacon on top. I wasn't feeling sweet this morning.

After brekkie, I followed up with some gardening, and snipped the bottoms of my shallots off and popped them in a jar with water. I've read things saying that they grow quick, but jeezus how quick?! By lunchtime they'd made it 5 mm already! Crazy stuff. 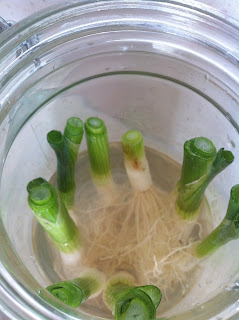 And what was lunch today? Leftovers. (mum's amazing chicken soup) 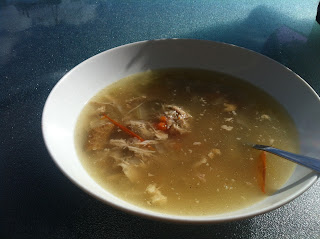