Or rather, what I do when I procrastinate on a bit more of a sophisticated level when the assessments/exams I have aren't impending and looming behind me.

I grow, of course! I showed you my shallots on Monday, and look how much they've already grown in three days. How crazy are they?! I've also tried some dirty English spinach this morning from a terribly gritty breakfast (how traditional peeps had a pica habit for health I'll never know) and I just made a jar of cucumber because a. we have no pickles left b. my intestines... ahem... would like some pickles c. I didn't know how the hell I'd for the cucumbers into my non-cucumbers meals d. I wanted to experiment a little. So nothing's really certified 'sterile' but I'd really hope a knife, a jar and some cuckes will be pretty bacteria-free (for now), and I added white balsamic vinegar because I couldn't find white vinegar and the last batch of just brine was boring.

Now, back to work! 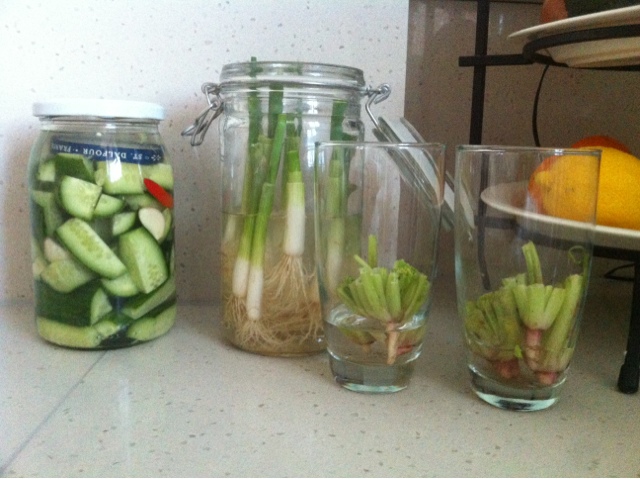