My birthday was the other day, and for my birthday, I asked my friends for nuts. And what did I get?

Raw almonds. So many raw almonds.
They know me too well.

I eat them every day, and I could eat them even more often if I really wanted to. My gorgeous friends know how much I love my almonds so the day I got them, I spent my meditation trying to not to drool and not focusing on making some delicious almond butter. Not that I'd tried it before, but I'd made nut butters before and if they were good, a nut butter made out of my favourite nuts would be like liquid bliss.

So I got myself a big blender from my neighbours and whizzed up a batch of almond butter.

HOLD UP! IT WASN'T THAT SIMPLE!

1. Put your almonds in the oven and let them roast for a bit.
2. Put those almonds in a blender.
3. Turn it on high and come back in 15 minutes to a beautiful, oozy, smooth flow of addictable goodness.

I suspect that these people have considerate blenders.

Oh. I forgot to add that I also got a bag of walnuts for my birthday too, from a friend who shockingly didn't know about my undying love for almonds. But that was alright, because after today, I realised that walnuts are a little more laid back. When you're making almond butter, the almonds are like "Ugh, I don't like this whizzing around idea. I'm just going to curl into a doughy ball and wait for it to be all over." whereas the walnuts are all chill like "Calm down guys, let's just go around and do what the blender wants us to do and not worry about a thing." as if they don't want me to be angry with them for taking hours to blend. Almond butter takes 15 minutes (for a normal person) to make. Walnut butter only takes five. It doesn't have the whole stages of curling into a ball and rocking the blender back and forth as it circles around the bowl thingy the stuff goes into.

And the fact that the walnuts are so chill must be the reason why they are tastier in butters than almonds.
Yes, I just said that. There are yummier options than almond butter.

However, I think that the fact that the blender I used was kinda the reason why the almonds took so long, buuut the walnut butter still wins because I say so.
The end.

If you've seen one of the typical almond butter recipes, you would have seen the typical time lapse thing. I've done one of the walnut butter to show that it is quicker than almond butter. I took photos with my iPhone, and the oil in the air from the nuts must've made the camera even more blurry so I apologise for the terribly undetailed photos. 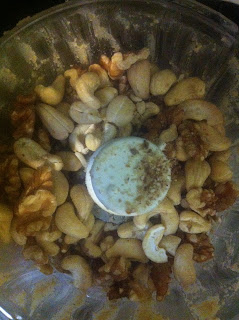 The first 30 seconds it turns into a meal, much like almonds... 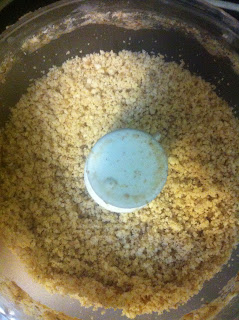 And at 1 minute it already starts to come together, at around 3 minutes of the almond butter process. 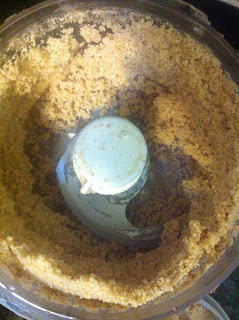 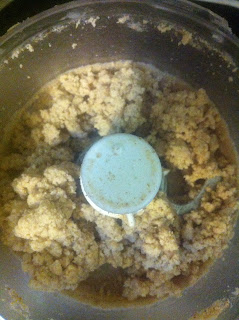 At 3 minutes it's already been quite clumpy for a while, which is kinda what happens at 7 - 10 minutes of an almond butter. 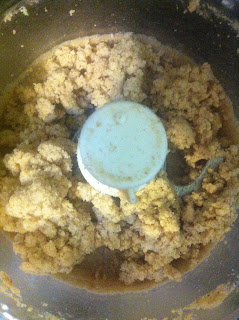 And then I heard the beautiful, progressive sound of a clump, meaning only one thing: it's actually starting to come together! Normally with the almond butter, you've wasted so much time waiting for this sound, so you get a bit of a shock when you hear it at three and a half minutes. 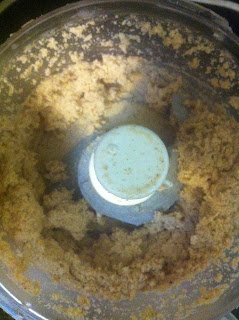 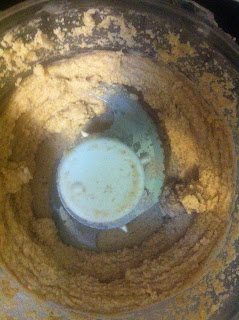 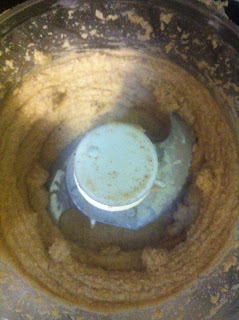 Five minutes on the timer and we have ourselves some glorious walnut cashew butter! Now, I prefer my nut butters really really spreadable, won't-run-off-the-spoon thick (that's basically the only way I eat it, with a spoon), so if you want it a bit runnier you'll have to keep it going for maybe 1 or 2 minutes more. So that's half the time it takes to makes almond butter! 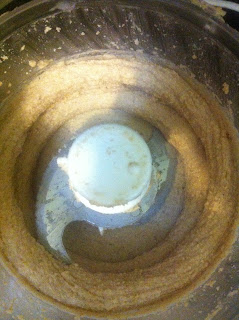 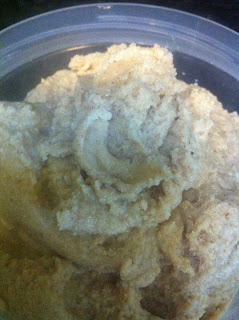 The only problem with making any nut butter is the heat it creates. Why is this a problem? It tastes ten times better, of course, and so you go and eat more than you put in the container! And the smell... Oh, the luring scent of freshly made nut butter makes you want to rid your thoughts of ever wearing a bikini ever again, grab a spoon and tuck into it. But go ahead, it's healthy! Ok, maybe excluding the copious amounts of fat in there... 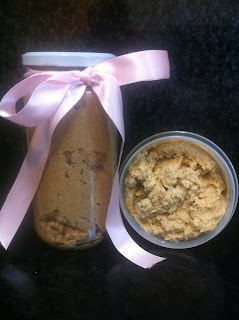 That's the almond butter in the bow. And yes, that is an 800ml jar. I have 800ml fresh, homemade almond butter. Jealous?
Posted by Unknown