It was one of those mornings where you don't want to get up for an hour.

This brekkie (or meal for any time, really) is perfect for one of these types of mornings, ie, when you have time for it to cook but you're not bothered to physically do much. It's really simple and you could do it with your eyes closed - which is the state you're in to start with!

I based this recipe on a brekkie I tried one day. It was meant to be 'warm sardine and sweet potato dip' but the temp was put up too high for it to just 'warm up' so it turned into a souffle! Sardines have never tasted better! But the cucumber I was meant to use as the dip-holder tasted really boring in comparison. Anyway...

Grab your prebaked sweet potato and mash it up in an ovenproof ramekin or bowl. 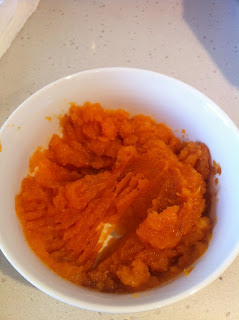 Whisk an egg and mix it in. If you're feelin' fancy, dust in some cinnamon too. 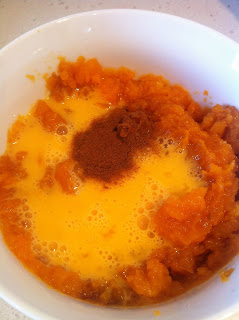 In the same fancy manner, smooth out the top and pop it into a preheated oven and go back to bed for half an hour after all your hard work. 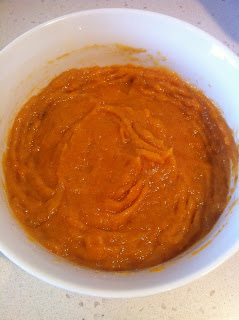 I tried to make some roasted macadamias to go with it... 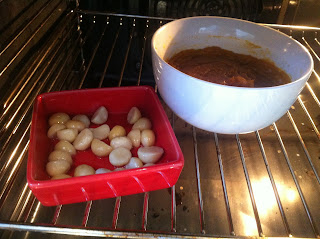 and ignoring the fact that it's unstable and expensive I roasted them in macadamia oil. Like goes with like, right?

But... um... I spent too long doing nothing while waiting for my souffle to cook. 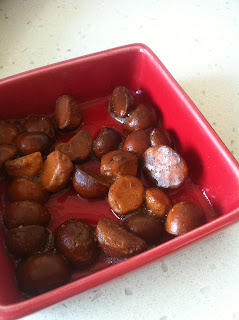 I put a little maple syrup on top of the souffle when it had about 7 - 10 mins left, but it didn't make all that much difference. 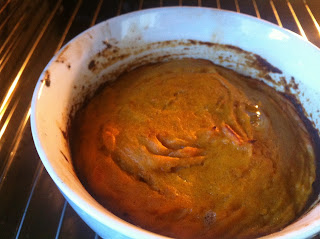 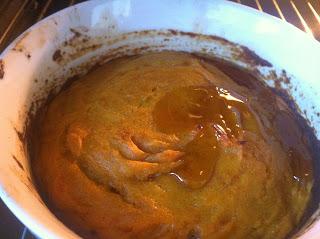 Take the souffle out of the oven and go back to bed for another ten minutes. It's hot. Believe me. And it's going to stay hot for a while.

Top with whatever you fancy. I spooned on a bit of kefir and tried some of my little bombs of burnt nuttiness.

NB. I only called it a souffle because it rose. Don't assume it's puffy and airy and doesn't weigh a thing. Take a scoop and see how almost puddingy it is! 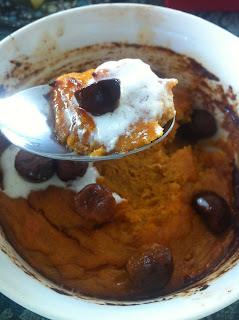 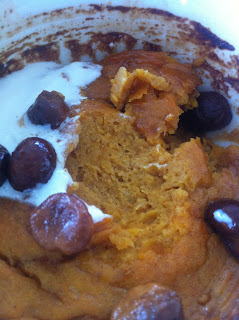 Preheat the oven to 180 degrees.
Mash the sweet potato in an ovenproof bowl.
In a separate bowl, whisk the egg, then add to the sweet potato.
Mix until combined, and add cinnamon and/or maple syrup if using.
Place the bowl in the oven and bake for 20 - 30 mins, or until a skewer comes out clean.
Serve with creamy topping. 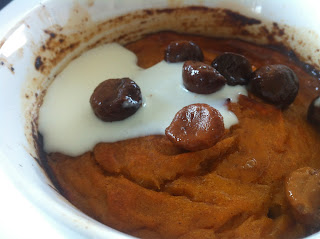 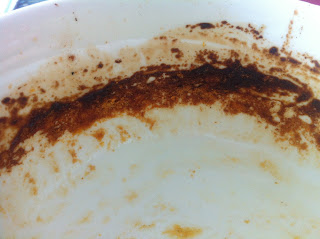