So I tried to make mayonnaise and for the third time it failed me.
NEVER TELL ME I HAVE MIXED FIVE EGG YOLKS INTO OIL ONLY TO MAKE IT DISGUSTING AND OIL-SOUPY.
So I left it and came back to it after dinner. I tried it with another yolk but you're meant to add the oil to the yolk not the yolk to the oil. HALF A DOZEN EGGS GONE.
There goes breakfast.
But I didn't want to waste my emulsion that was failing to thrive. So I gave him one last shot at becoming a well made, respectable member of our household.
This time I added the oil to the yolk like I was meant to, and prayed to the food gods that my baby would come to life. And he worked! However, just to keep him on the safe side, I kept him little. So I only ended up making half a little jar of concentrated fat. Yum yum :)
However, in the midst of all that initial tantruming, I made dinner (hence I tried it again after I ate). And what was for dinner?
Yams. Oh sweet yams, I would say that I love you more than sweet potatoes but most people don't understand you and thus I must categorise you two together into one amazing unit.
But I have not explored my yams enough to have found this before, and was I excited. 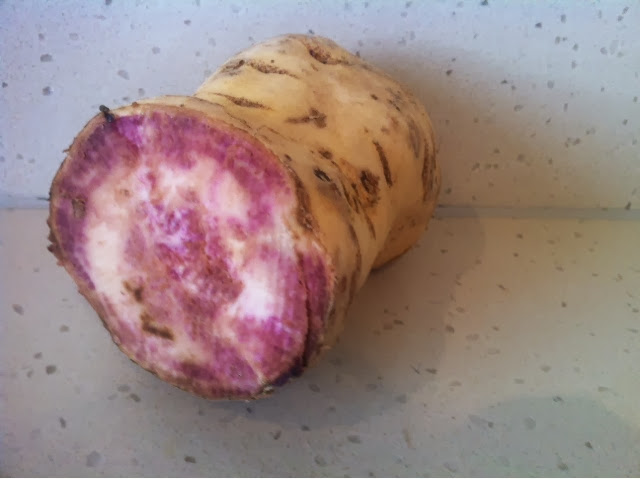 I partied around the room and yelled at my unenthusiastic brother to LOOK at my awesome psychedic yam.
Like, just look at it! 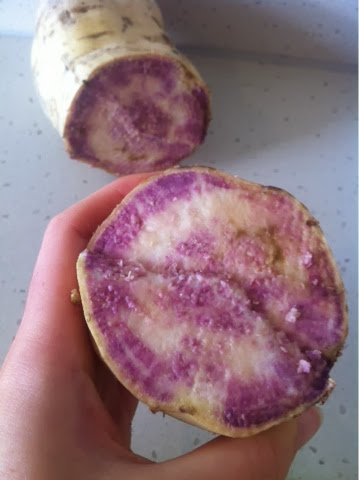 And so I roasted it with some little bity zucchinis and made some yummy chippies for dinner. 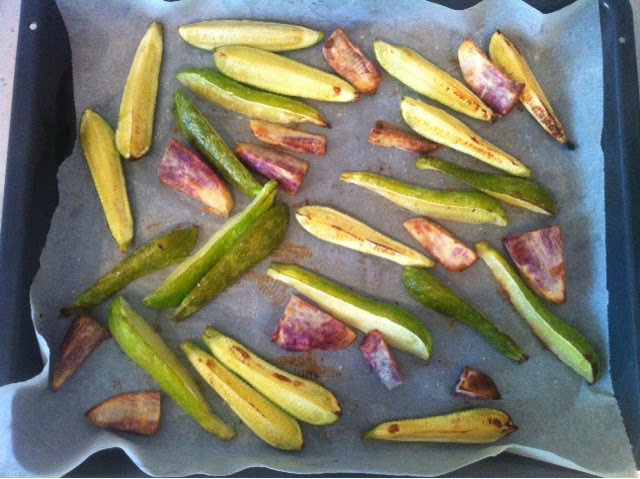 On a completely different note, this morning the Fairies that Cater for Women, Monthly (who have generally been very lazy when it comes to me) visited, and I won't go into detail, but I was ultra excited to use this pure piece of silicon. 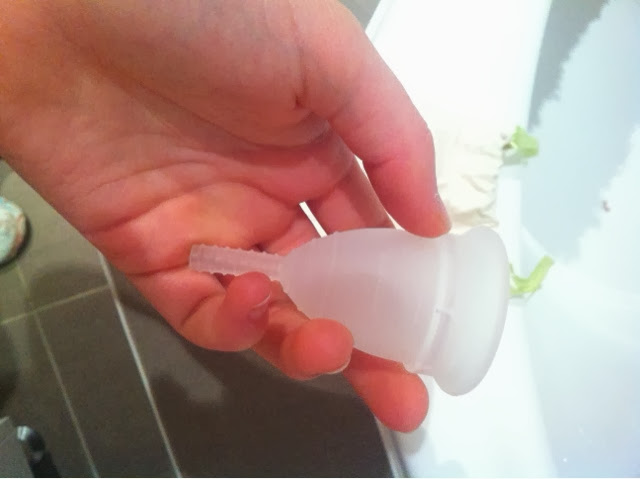 However, it may have been the excitement that had gotten a hold of me. I'll try again tomorrow, after I work out how to get... a bandaid...
Posted by Unknown